In Washington, D.C., a battle is brewing over whether Barry Farm Dwellings, currently in the demolition phase of a redevelopment project, is worthy of local historic landmark designation. Amber gave testimony regarding the integrity of the site on behalf of the nomination, put forward by Prologue DC and the Barry Farm Tenants and Allies Association the July 25th Historic Preservation Review Board (HPRB) hearing. On July 27th she, along with Parisa Norouzi of Empower DC and former Barry Farm resident Sugar Coleman spoke with local NBC correspondent Derrick Ward about the case. Finally, on July 31 Wiley teamed up with Sarah Shoenfeld of Prologue DC to discuss the history of Barry Farm with WeAct Radio host Joseph Young on his talk show “Gentrification or Displacement.”

The battle does not end here.  The D.C. HPRB votes on the matter in September.  In the meantime, former Barry Farm residents will keep rallying their cause. 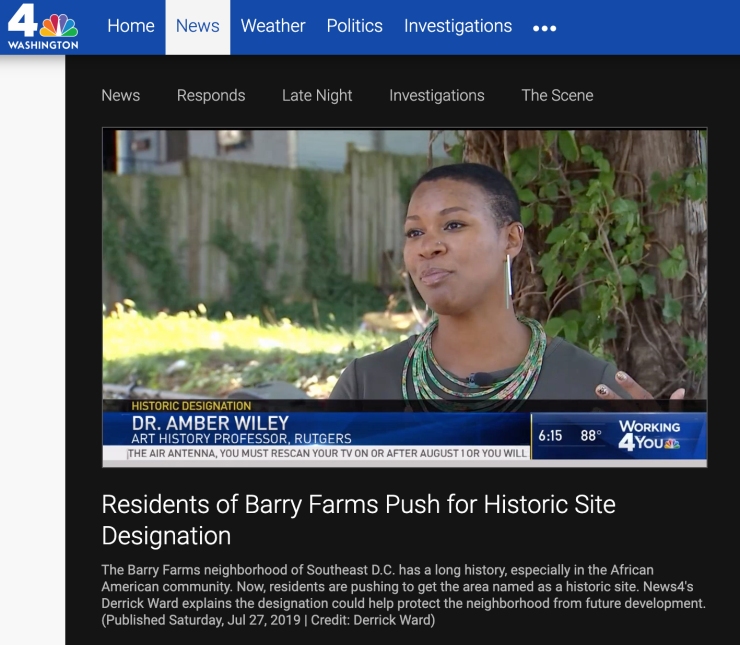