On March 3rd, 2022 Amber delivered the fourth lecture in the Sciame Lecture Series: Radical Black Space at the Bernard and Anne Spitzer School of Architecture, City College of New York. Her talk, “A Quest for a Continuing Revolution: Black Heritage and the 1976 Bicentennial,” focused on the research she is currently conducting as an Mellon Urban Landscape Fellow at Dumbarton Oaks, as well as the National Historic Landmark nomination update she completed for the Carter G. Woodson National Historic Site. She examined the legacy and impact of the Afro-American Bicentennial Corporation (ABC), illustrating how the ABC set the precedent for a more nuanced understanding of the American past by expanding the National Park Service’s inclusion of Black historic landmarks twentyfold, including the Woodson site.

The Radial Black Space series brings together architects, preservationists, planners, artists, and historians of color at a precipitous moment. The Movement for Black Lives demands that Americans from all walks of life confront racism and its sordid impact on constructed environments, and understand the rich, vital tradition of Black resistance, innovation, and creativity. Speakers will touch on many questions: How do the places and things made by African Americans disrupt the racial status quo in the United States? How is difference celebrated? How is equity imagined and achieved? What constitutes anti-racist spatial practice? Radical Black Space shows that the Black radical tradition is alive in art and architecture, and that having a handle on Black history is essential to understanding the present and shaping the future. Join us to find revolution in the everyday and to recognize the extraordinary places and objects that Black Americans make and the stories they tell about themselves. Radical Black Space is convened by Marta Gutman and Jerome Haferd.

In November 2017, the National Trust for Historic Preservation launched its African American Cultural Heritage Action Fund, a preservation campaign to preserve and protect places that have been overlooked in American history and represent centuries of African American activism, achievement, and resilience. Since launching the program, the Action Fund has raised $70 million and supported more than 200 preservation projects nationally.

Through this preservation effort—the largest ever undertaken in support of African American historic sites— the Trust partners with and empowers Black and diverse communities to expand the American story.

Since October 2021, Amber has served as a thought leader and member of the interpretation team for the Sojourner Truth Memorial Project in Akron, Ohio. Summit Suffrage Centennial Committee, which oversees the project, secured financing from the John S. and James L. Knight Foundation in addition to the Action Fund. The Memorial Project will include a landscaped park with a sculpture created by Akron artist Woodrow Nash and a plaza laid out by Summit Metro Parks landscape architect Dion Harris. It will be located on South High Street near the place where Truth delivered her famous speech May 29, 1851, at the Ohio Women’s Rights Convention in the Universalist Old Stone Church.

Amber is a proud member of the DC Legacy Project: Barry Farm-Hillsdale Steering Committee. The DC Legacy Project is dedicated to uplifting the Black-led struggle for land and housing in DC at an important site of this sacred struggle—the five remaining buildings of Barry Farm Dwellings. In 2020, the site was designated a historic landmark.

By undertaking research, creating art, hosting public programs, and engaging former Barry Farm Hillsdale residents and their descendants in planning and advocacy, we will secure the Barry Farm historic landmark as a commemorative community space honoring the generations of people who have lived in and were displaced from this area. The site is also envisioned as a space for community organizing, education, small business incubation and other activities that support Black DC residents impacted by gentrification and dispossession.

The DC Legacy Project: Barry Farm-Hillsdale is made up of community members, preservationists, scholars, architects, organizers, artists, advocates, former residents, and descendants who have come together to create a vision for the future of five historically landmarked buildings at Barry Farm.

Amber is a member of the Association for the Study of African American Life and History National Heritage Sites Research Committee, which oversees the work of the Cooperative Agreement with National Park Service. This includes selection of principal investigators and peer reviewers for all NPS and CESU Task Agreements. To date, she has worked with fellow committee members to select researchers for agreements totaling almost $1 million in projects at the Booker T. Washington National Monument, Martin Van Buren National Historic Site, and the Valley Forge National Historic Park, among others.

Over the course of two years, Amber served as an advisory committee member to the Society of Architectural Historians’ SAH Data Project.

The SAH Data Project is the first national, in-depth study designed to assess the health of the field of architectural history, which includes the history of architecture, landscape design, urbanism, and other fields related to the designed and built environment. Results from the project are summarized in the print and PDF book titled, Architectural History in the United States: Findings and Trends in Higher Education.

On December 18, Amber Wiley participated in the Carter G. Woodson Birthday Symposium hosted by the Association for the Study of African American Life and History. The second session, Dr. Carter G. Woodson and Mary McLeod Bethune, Landmarks of Legacy, and in Stature, focused on the life and legacies of the two titular figures. Wiley discussed the process of updating the Carter G. Woodson Home National Historic Landmark nomination.

On August 18, 2021 the DC Preservation League, in partnership with the DC History Center (dchistory.org), hosted a panel discussion about the historic Barry Farm Dwellings in Washington, DC.

A recent historic landmark designation preserved five aging buildings at Barry Farm Dwellings in Southeast DC. Filled with public housing until 2019, the rest of the complex was razed for redevelopment.

This program highlighted the rich history these buildings represent, including its recent preservation saga, from the Historic Preservation Office’s determination that the site was ineligible to the persuasion of DC’s Historic Preservation Review Board to landmark the buildings despite their poor condition. But we also looked to the future of the site, asking: what comes after a site has been landmarked?

On land occupied until the 1690s by the Nacotchanks (latinized to Nacostan/Anacostan), the federal government established Barry Farm/Hillsdale as a Black landownership community in 1867. Decades later, in 1941, the government took back a portion of this land to build public housing. The complex became home to momentous civil rights and antipoverty organizers and incubated DC’s emerging go-go scene. Today, it is fondly remembered by generations of Washingtonians and by recently displaced residents who hope to return to the new development. 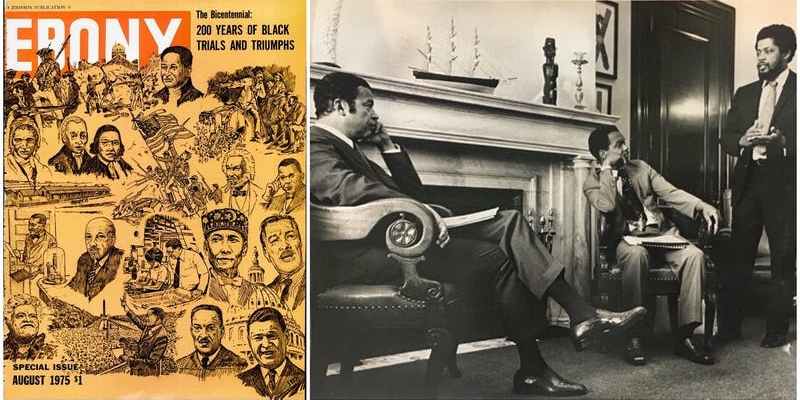 Garden and Landscape Studies at Dumbarton Oaks received a major award from the Andrew W. Mellon Foundation to create the interdisciplinary program in urban landscape studies.

Dumbarton Oaks, affiliated with the Harvard Faculty of Arts and Sciences, is one of the few institutions in the world with a program devoted to garden and landscape studies. The Mellon Fellowships are intended to expand significantly the opportunities offered by the institution to study the history and future of urban landscapes through the lenses of democracy, race, identity, and difference.

Amber’s project, “‘The Revolution Continues’: The Legacy of the Black Heritage Movement” re-examines the legacy of the 1976 Bicentennial through the work of the Afro-American Bicentennial Corporation (ABC) in Washington, DC. It illustrates how the ABC set the precedent for a more nuanced understanding of the American past, expanding the National Park Service’s inclusion of Black historic landmarks twenty-fold. The final project will be a monograph detailing the long-time collaboration between the organization and the National Park Service, which continued when the ABC re-organized as the Afro-American Institute for Historic Preservation and Community Development. The book will tell the story of the broadening of historic preservation field in the Bicentennial area, and document the history and condition of the initial Black national historic landmarks that were nominated by ABC. Finally it will connect with continuing struggles to contextualize and include Black landmarks within current preservation practice.